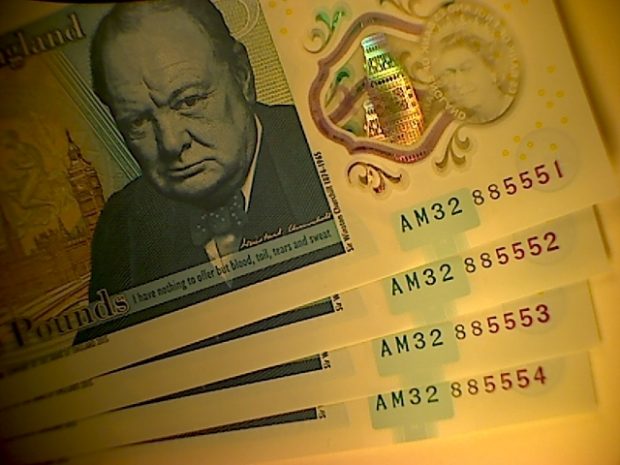 The new Bank of England notes, which are being put into public circulation in Scotland, England, Wales and Ireland this week, were made by world-famous micro-engraver Graham Short in partnership with the THH Gallery.

On each of the new £5 notes, Graham has engraved a 5mm portrait of Austen encircled by a famous quote on the transparent section to the right of Big Ben.

Graham said: “I’m always looking to do something different and as soon as I saw the new £5 note I thought ‘wouldn’t it be good if I could engrave something on it?’ I didn’t know what but then I found out it was going to be the 200th anniversary of Jane Austen’s death and her image is also going on the new £10 note, so it ties in nicely with that.

“The beauty of this is that you can’t see the engraving at all, but when you turn the note and the light comes at a different angle it appears. I call it invisible engraving.”

Graham’s art requires unique dedication and skill. He only works between midnight and 5am, when traffic vibrations are at their most limited and he can bring his heart-rate down to 30 beats per minute, as he engraves between beats. He even binds his right arm to a chair to reduce body movement.

His work caught Tony and Yvonne’s attention and they just couldn’t resist contacting him to arrange an exhibition.

But did their partnership stop there? No it did not. now they have collaborated on something huge for the art world. An entirely non-profit event designed to strengthen the communities around us and provide art to those who could use its benefits the most.

Always looking to help the communities around us, the THH Gallery stands firmly in its belief of passing on goodwill and help to all. This ‘Willy Wonka’ idea is the brain child of Graham’s and Tony’s hard work and looks to be moving rapidly into the public eye as all wait to see who the lucky four will be!