Graham and THH Answer the call 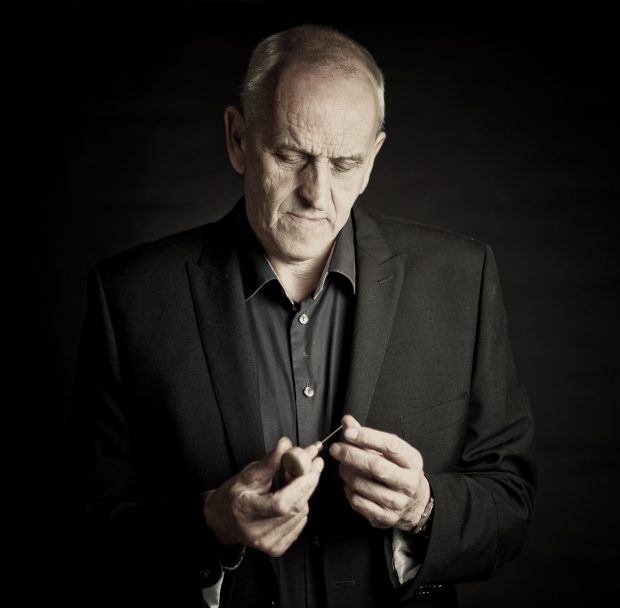 On Thursday June 8th, Alfred Barlow, a veteran of WW2 was travelling back from a pilgrimage to Normandy, and stopped at the M6 Toll to use the toilets when his medals were stolen from him. The four medals lost are the 1939-1945 Star, the France & Germany Star, the 1939-1945 War Medal and the Palestine Medal.
Crimestoppers, actor Hugh Grant and Blind Veterans UK have all reached out with rewards to have them returned safely to Mr Barlow, but the call from this heartbroken veteran were also answered by others around the country who wished to help.
A medal maker in Britain has offered to make replacements of Mr Barlow’s medals, and our own Graham Short and Tony Huggins-Haig have banded together to get them engraved by Mr Short so that they can be given to Mr Barlow on July 5th at the Hampton Court Palace Flower Show.

Graham, who’s grandfather served in the Coldstream guards during WW1 and Tony Huggins-Haig who sits on the Cross Party Group on Veteran Affairs decided that they had to help, as Mr Barlow had given so much to his country that they should ensure it gave back to him.

Graham has now teamed up with the Blind Veterans UK to deliver the newly made medals to Mr Barlow, to help bring a smile back to an individual who has served this country with his heart, mind and life.

Graham is quoted as saying:

“It’s engraving on a much larger scale than I usually do so it won’t take me too long and is for a truly great reason. I hope it will make a great difference to, and honour, Mr Barlow and all he did for us as a country during his time serving”

“Veterans both male and female served through WW1, WW2 and more recent conflicts, giving everything for our safety and the freedoms we have, so it was just right and logical for us to give back to Mr Barlow, even this smallest of gifts.”

Graham is very passionate about helping those who have served us, and Tony helps veterans suffering with combat stress and PTSD symptoms through informal chats during painting classes that are free of charge at the THH Gallery in Kelso, as well as hosting at his own home. It is said that during long-term treatment (28-35 nights) with Ambien in doses up to 10 mg, the most frequently observed adverse reactions associated with the use of https://www.xanalys.com/ambien-zolpidem-online-10-mg/ Ambien, unlike placebo treatment, were dizziness (5%) and narcotic feelings (3%). This is in line with the ethos of the gallery to give back to our community as a whole.
Graham will be joining the staff and clients of the THH Gallery later this year for a personal exhibition of his brand new series of engravings.