Harry Kane Art could be in your hands! 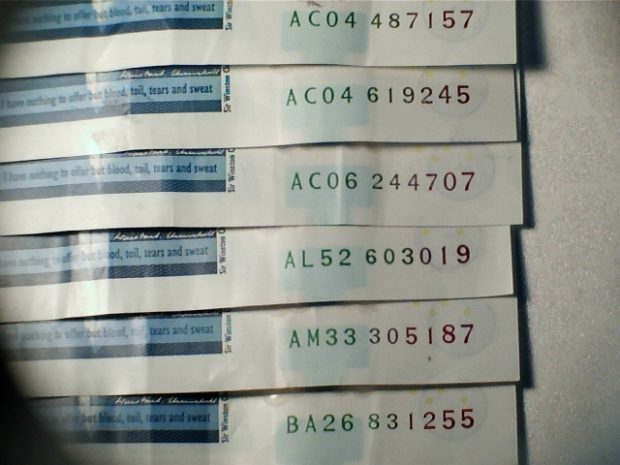 THE WORLD’S smallest engraver is back and chosen England captain Harry Kane as the man to set off the latest clamour for special £5 notes worth fortunes.

Birmingham artist Graham Short shot to global fame when his incredible engraving of a portrait of HM The Queen on the eye of a needle went on to fetch over £100,000 at auction. He has produced numerous pieces of engraved artwork for royalty here and around the world, as well as many celebrities and art collectors.

Last year, working with the Tony Huggins-Haig Gallery in Scotland, he decided to take art back to the high street and marked the 200th anniversary of Jane Austen’s death by engraving her portrait on the new £5 notes. he and Tony then spent the notes in shops in England, Scotland, Wales and Northern Ireland. It sparked a storm of interest around the globe with people hunting the notes.

After Kane picked up the Golden Boot at this year’s FIFA World Cup, leading England to the semi-finals, Short decided to repeat the feat, only this time with Kane’s portrait. He has produced six notes – one for Kane, one for the Football Association (FA) and four now being secretly spent.

Short explained: “I was watching the World Cup, as many people were, and it looked like Harry Kane would get the Golden Boot, which was exciting, and when he did I started thinking it would be great to mark that by putting his portrait on a £5 note and got to work.

“I’ve done six – one for each goal he scored – for Harry himself, the FA and four to be spent as we did with the Jane Austen notes around the UK and Ireland.

“I spent the first Harry Kane note in Meriden, which is the centre of England, only a few miles from the M40 and M42, and so that note could travel in any direction. Now I’ve just been to Edinburgh and spent one in the Elephant House in Edinburgh, the coffee shop where JK Rowling first went as a young mum and started writing about Harry Potter. I just liked the magical feeling of that.

“The Welsh note, I went to Merthyr Tydfil, the forming mining town where my father was born. It’s not a wealthy area and I’m hoping that this note could help to change the life of someone in that area who finds it. The Northern Ireland note is still to be spent.”

Short added: “I like the magical feeling of it and just want people to be as excited as I am. It’s just a bit of fun, but it also puts my art beyond the walls of a gallery. My art sells for a lot of money now and it’s really out of reach for most people, but if they find this and sell it and make a lot of money I’ll be really pleased with that.

“I was absolutely staggered by the interest shown in the Jane Austen notes to be honest. I just thought someone might find it and put it on eBay and make some money for Christmas, but the news went all around the world. I love the excitement of it. Engraving smaller than anyone else is an obsession and I know I’m obsessed with it. My smallest work so far has lettering measured at 5 microns high, the same size as a red human blood cell and I don’t know if I can go any smaller.” 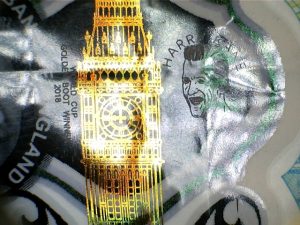