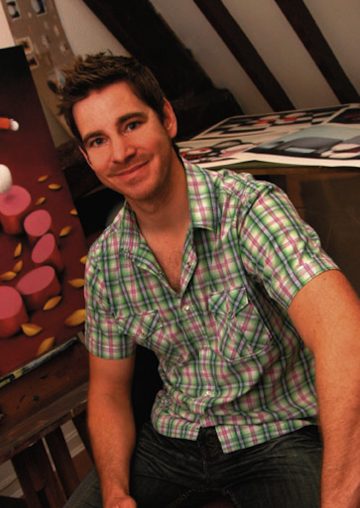 Doug Hyde was born in Bristol in 1972. As a young man he painted pictures for his family and friends. However by 2005 his life, as an artist, was radically changed when he was named the UK’s best selling published artist. The icing on the cake was provided by a BBC television news report which described him as the UK’s most popular living artist.

His reputation continued to grow in the UK and in Japan where his work is well received; further very positive media coverage continued the trend. As well as being a successful artist, as a publisher of three books, he has a literary side too.

His family remains deeply important to him and despite his hectic artistic schedule he manages to successfully balance one with the other. A further essential element in Doug Hyde’s life is his support for a number of charities, particularly those helping children, which so obviously mean so much to him.

Like all artists there is a process, not always structured, to Doug’s creativity. He said, “Sometimes I will hear a phrase spoken and immediately visualise a picture – I then work around that phrase and use it as a title for the finished piece. My ideas are generally spontaneous and mood driven, whether that mood was good or bad.

“Painting like this gives me complete fulfilment – being able to create an entirely individual and personal piece of work, from visualising the idea in my head, sketching it, painting it and finally seeing it completed gives me complete satisfaction.”

“I hope people can feel a connection with my work and share the positive emotions behind it! I am passionate about my work and commit everything to it. I hope that those who buy my work feel the same emotion for it that I do; I hope they love it!” 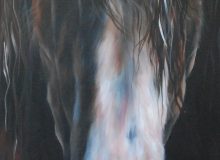 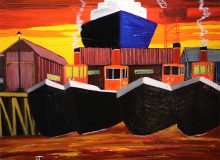 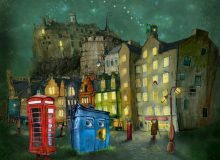 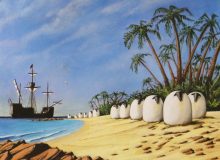