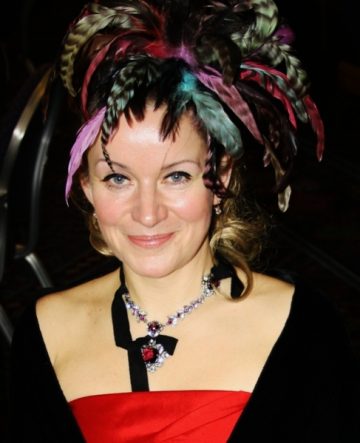 Born in the city of Volgograd (formally known as Stalingrad) in 1966, Elena moved to the Russian capital Moscow after graduating with a degree in architecture in 1989. She spent 7 years working as a full time architect, but never lost the love for art she gained in University. Living under an authoritarian Soviet regime, she dreamt of leaving the drab looking world of obedience to the state and self-suppression of personality.

Emigrated to Glasgow, Scotland in 1996 to continue to pursue art, where she began working multiple jobs including retail management, architectural design and interpretation (Russian/English).

In 1999 she became a full time professional artist, exhibiting her works at the Royal Glasgow Institute, Paisley Art Institute and Aspect Prize Annual Exhibition; as well as having her works displayed in private and corporate collections across Europe, North America and Australia. 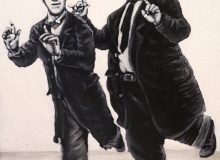 Laurel and Hardy (Dance of the Cuckoo’s) 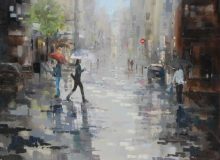 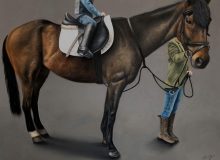