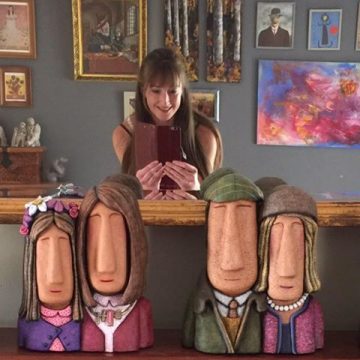 Jenny Mackenzie, is a contemporary portrait painter and sculptor living in the Scottish Borders, currently working on the unique and quirky series of her affectionately named, ‘The Bigheads’.

‘The idea for The Bigheads, came about whilst being wheeled up and down blank hospital corridors past an abundance of colourful characters along the way – doctor, policeman, pretty lady, a man in a suit. I thought of how such people (who all appeared to have the same straight face – which I guess was concern, and the same slow blinking eyes – which I guess was tiredness) could be captured in a thought provoking painting or sculpture – united in character, but each one of a kind. When an old man said to me (as I waited for a scan) “why the long face?” – the cogs began to turn and The Bigheads were born.’ 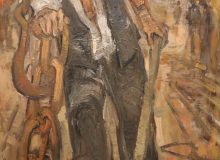 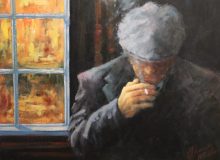 The Hand That Held Mine 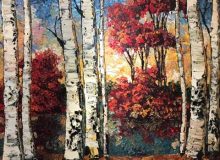 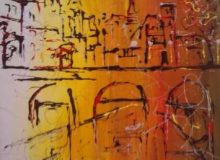