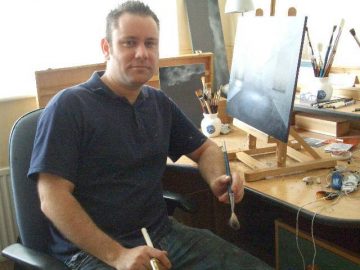 Leigh was born and raised in Newcastle-Upon-Tyne, where he resided for the first twenty years of his life. Lambert began to draw as soon as he could hold a pencil, with his family quickly recognising his artistic flair. As he progressed through school his exceptionally detailed creations captured the attentions of his teachers, who admired his canny knack for capturing a view. However, the artist describes himself as mostly self taught, having received no formal art qualifications or training.

Lambert relocated to Warwickshire with his family in 1996, where he focused on the development of his technique. It was on leaving Newcastle that he began to appreciate the nature of his upbringing; what he had once seen as a concrete jungle now seeming strangely beautiful. Taking inspiration from his childhood, Lamberts pieces have a strong sense of nostalgia, evoking fond memories of a youth that many can relate to.

Lambert is an accomplished artist across a range of media, most commonly working in oils on board. His use of colour is minimal, optimistically applying splashes only to the figures that play amidst the otherwise monochromatic landscapes, capturing the joy and vitality of youth. 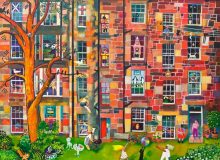 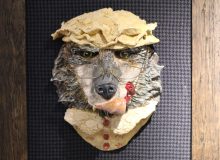 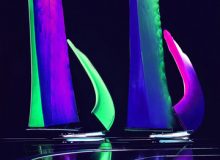