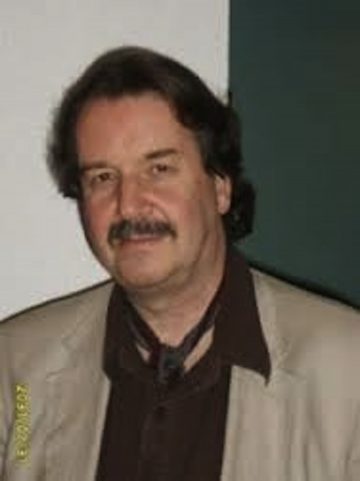 Philip Raskin was born in 1947 and studied at the Glasgow School of Art. He then entered the world of business and became well known as the proprietor of The Inn on the Green, a celebrated jazz restaurant in Glasgow over which he and his wife presided. However he did not lose contact with the world of art, as the venue doubled up as a quality gallery complete with a full programme of exhibitions and private viewings.

After 20 years as a successful restaurateur, Philip returned to his easel and brushes on a full- time basis and over time, he developed a painterly impasto style using the texture of the paint and the shape of the brushwork. He gives each of his luminous landscapes its own reality, rather than allowing it to be a smooth window onto a world beyond. With a trademark soft palette and dramatic skies, the overall effect magically captures the textures, moods and changeable light of his native Scotland.

Philip who is rapidly acquiring a loyal following of collectors both in the UK and abroad said, “I tend to paint very private places for the viewer to own and enjoy; no people, no houses, no telegraph poles – just the driftwood of an ebb tide, mist tumbling on a distant hilltop and silence broken only by lapping water and gulls ascending.” 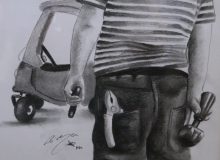 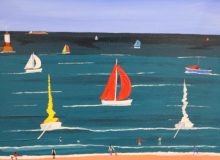 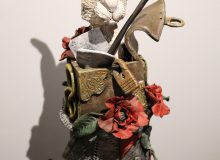 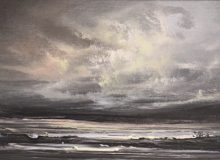